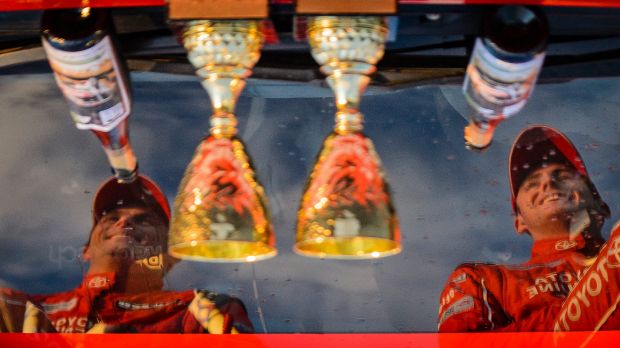 An 11th-hour grant and sponsorship deal has saved Canberra’s National Capital Rally from collapse after its first season back on the international circuit.

The NRC returned to the capital earlier this year after spending almost a decade in the wilderness, but after losing money it was set to be scrapped again.

Brindabella Motor Sport Club run the event and a lack of financial support saw the club axe the race two weeks ago, before last-minute funding came to the rescue.

Canberra IT firm Netier came on board as the NRC naming rights sponsor and alongside a $19,000 ACT government grant, which was only approved on Thursday, the race secured its future for the next three years.

NCR course clerk Adrian Dudok said the rally would not be possible without an 150-strong volunteer army who work tirelessly to make the three-day event happen.

“We took it on at very short notice this year – maybe a little bit naively – and discovered financially it was a big risk,” Dudok said.

“We ran a very tight ship this year and lost about six grand… running an event that loses money year on year is just unsustainable.

“We told the Confederation of Australian Motorsport that we weren’t able to go ahead because of the financial risk for a non-profit club like ours.

“They came back about two weeks ago and were prepared to meet has part way and we got Netier as a sponsor and then an events grant from the government which gave us a reasonable budget of about $160,000.

“We had made the decision we weren’t going to run it next year, but on Thursday everything fell into place and all the ducks seemed to line up, so I’m over the moon with the whole situation.”

The NCR had been lost to the ACT since 2009, but returned when Rally of Queensland was unable to host the event this year.

New South Wales were set to take the race from Canberra, before organisers backed the rally to return to the capital next June.

“That’s June 1-3 are the dates that FIA have in the calendar for an Australian round and it was going to go to Coffs Harbour but the confederation believed that Canberra is the home for Asian Pacific round and hence the reason they bent over backwards to keep it here,” Dudok said.

More than 80 million viewers tuned into this year’s action, which was taken out by Canberra driver Harry Bates and his co-driver John McCarthy, from Queensland.

Bates competed in the first date of Rally Australia in Coffs Harbour, which is a World Rally Championship event.

He hoped to catch the eye and open some WRC doors with his efforts until Sunday.